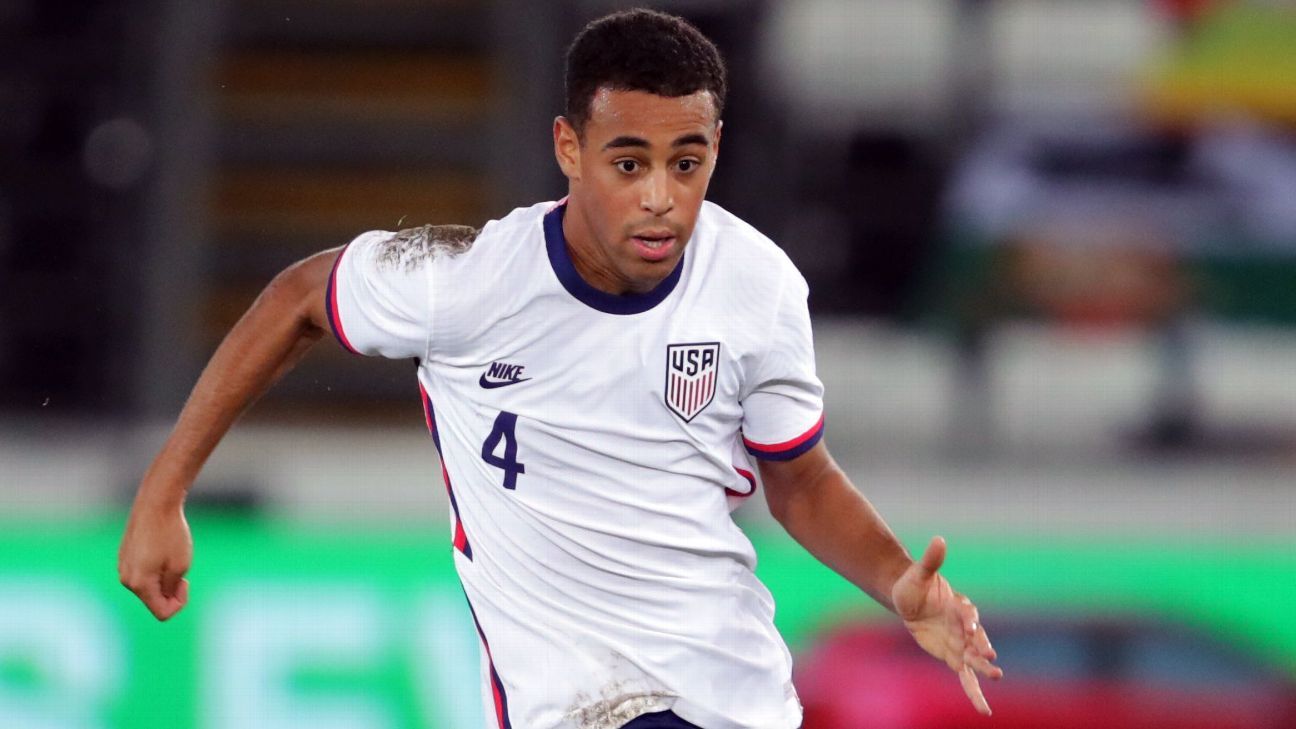 United States men’s national team manager Gregg Berhalter said that midfielder Tyler Adams is “recovered and ready to go” for Sunday’s CONCACAF Nations League final against Mexico after recuperating from a back injury.

Adams missed the last three league games of RB Leipzig‘s Bundesliga season, as well as the DFB Pokal final defeat to Borussia Dortmund due to the ailment. He also didn’t see the field in the U.S. team’s friendly defeat to Switzerland, nor in Thursday’s 1-0 victory over Honduras in the Nations League semifinals.

Berhalter had previously said that Adams was making progress, but now it appears he is healthy enough to see the field.

“[Adams] is recovered and ready to go, so for us it’s about making the decision on if he’ll start the game or not,” said Berhalter.

The U.S. missed Adams’ range and tackling against Honduras, but Berhalter offered up a defense of his midfield, stating that the problems the U.S. had in transition against Los Catrachos went deeper than who was on the field.

“You would have the tendency say you want [Adams] on the field but I think the deficiencies weren’t due to personnel,” he said. “I think it was due to structure, I really do. When you think about some of our attacks, and some of our positioning, and some of the movement led to us being unbalanced. And it’s not just having Tyler in there is going to solve anything. It’s we need to be better balanced as a team.”

The match against Honduras was a baptism of sorts for players like Joshua Sargent and Giovanni Reyna given that it was their first competitive match against a CONCACAF opponent at senior level. Defender John Brooks, a veteran of such encounters, said that there was only so much he could tell his teammates in terms of preparation.

“I think talking about it is different than like actually playing against teams like that,” he said. “After the Honduras game, now I think everybody knows how it is to play against teams like that. It’s never going to be easy. Every game is a battle. And so it was against Honduras. All that counts is that we won the game and we’re in the final against Mexico now we are ready to go.”

Herculez Gomez reacts to the United States’ 1-0 win over Honduras in the CONCACAF Nations League semifinals.

For his part, Mexico manager Gerardo “Tata” Martino said his side’s experience will be a key factor in the final in Denver. Mexico’s roster averages at 28 years, 89 days and 40 caps, with the U.S. squad has an average age of 23 years, 336 days and 18 caps.

“It will depend on which side can impose their game, we’ll do it in our way, with experienced players who know how to manage these matches,” Martino said. “The United States will have their quickness and youth, and we are hopeful to play a game that goes in our favor.”

Mexico goalkeeper Guillermo Ochoa, whose penalty shoot-out heroics saved El Tri against Costa Rica in Thursday’s other semifinal after a scoreless 90 minutes, said the team never wants to lose when playing against the United States.

“It’s the Clasico of the region, it is always a high intensity match,” the Club America keeper said. “It’s a rivalry with quality players on both sides.”

Martino was also asked again about Mexico’s struggles at the striker position amid Raul Jimenez‘s absence since suffering a fractured skull back in November and the exclusion of Javier “Chicharito” Hernandez from the squad.

“I think it’s disrespectful to say we don’t have a [striker], we have two here [in Alan Pulido and Henry Martin],” said Martino.

On the anti-gay chant that briefly halted the match against Costa Rica in stoppage time with several fans ejected from the stadium, both Martino and Ochoa asked for fans to refrain from using it in Sunday’s game.

“It doesn’t help us,” Ochoa said. “Fans must cheer for the players but also respect their rivals.”