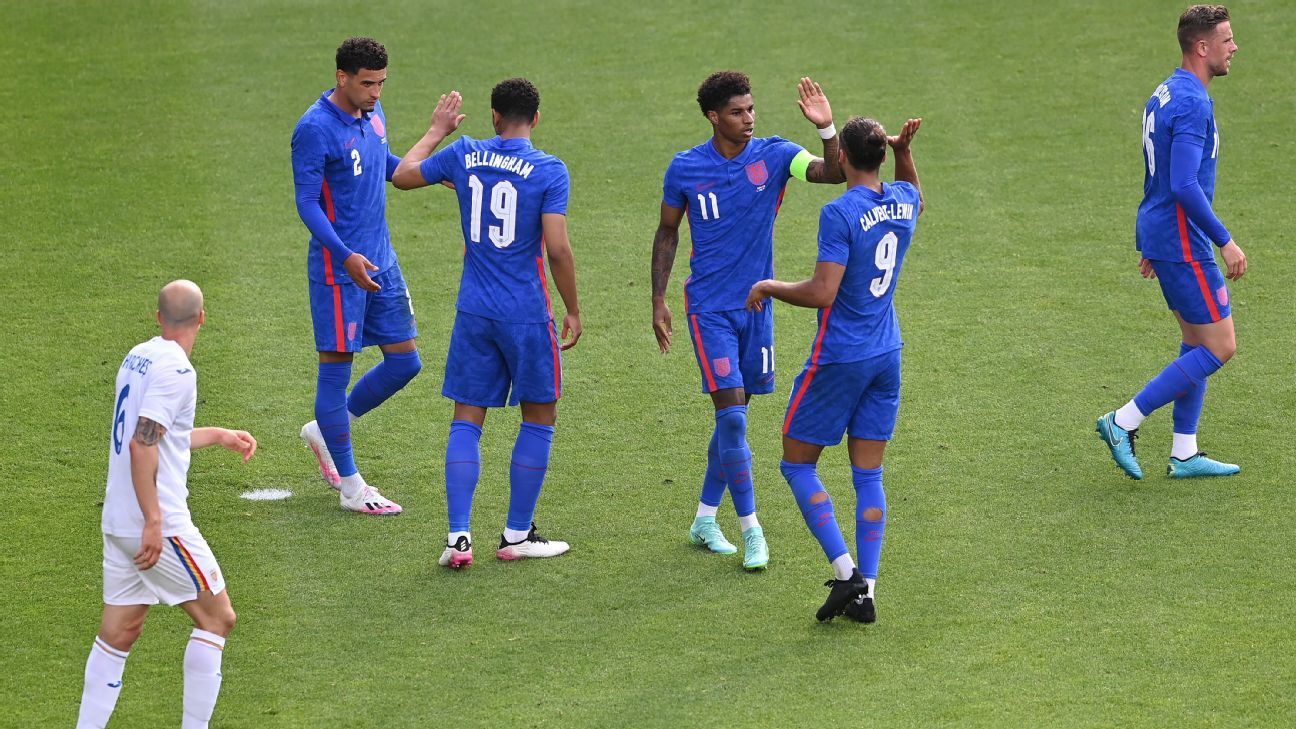 England captain Marcus Rashford converted a penalty to secure Gareth Southgate’s side a 1-0 win against Romania ahead of their first Euro 2020 fixture in a week’s time.

Despite Southgate slamming fans who booed his players taking the knee at a news conference on Saturday, some supporters still chose to boo the team before the game began at Middlesbrough’s Riverside Stadium.

“It is something that we cannot control. For sure, we believe it is the right thing to do so we will continue to do it,” Rashford said after the game.

England dominated possession in the first half with close to 70% of the ball and hit the crossbar twice through Dominic Calvert-Lewin and Jadon Sancho.

In a boost for Southgate, Jordan Henderson came on in the second half for his first game since February but his lack of playing time showed at times.

However, it was England’s young captain Rashford who made the difference on 68 minutes when he converted a penalty after Jack Grealish was fouled in the area.

Tiberiu Capusa was substituted onto the pitch on 66 minutes and his first act was to give away the penalty which Rashford hit to the left of Florin Nita and into the net.

England had a chance to double their lead on 77 minutes when Calvert-Lewin was fouled in the box. This time, though, Henderson — who hasn’t taken a spot-kick for club or country since 2015 — stepped up to take the penalty and sent it straight into the hands of Nita.

“It is definitely a great moment for me [being captain ans scoring]. It is something you dream of when you are a kid,” Rashford added.

“Today I accomplished that. It was difficult. We had to stick together and work. It was challenging defensively. But we created a lot of chances. We did well from set-pieces both attacking and defensively. Ultimately, that is what won us the game.”

Southgate also spoke about the booing fans after the match, saying he had expected a similar response to their reaction in England’s previous friendly.

“That’s it, we are going to have to live with that., We’ve said what we are going to say now. You are right to ask the question today but moving forward, it is pointless me going into any further detail on that.”