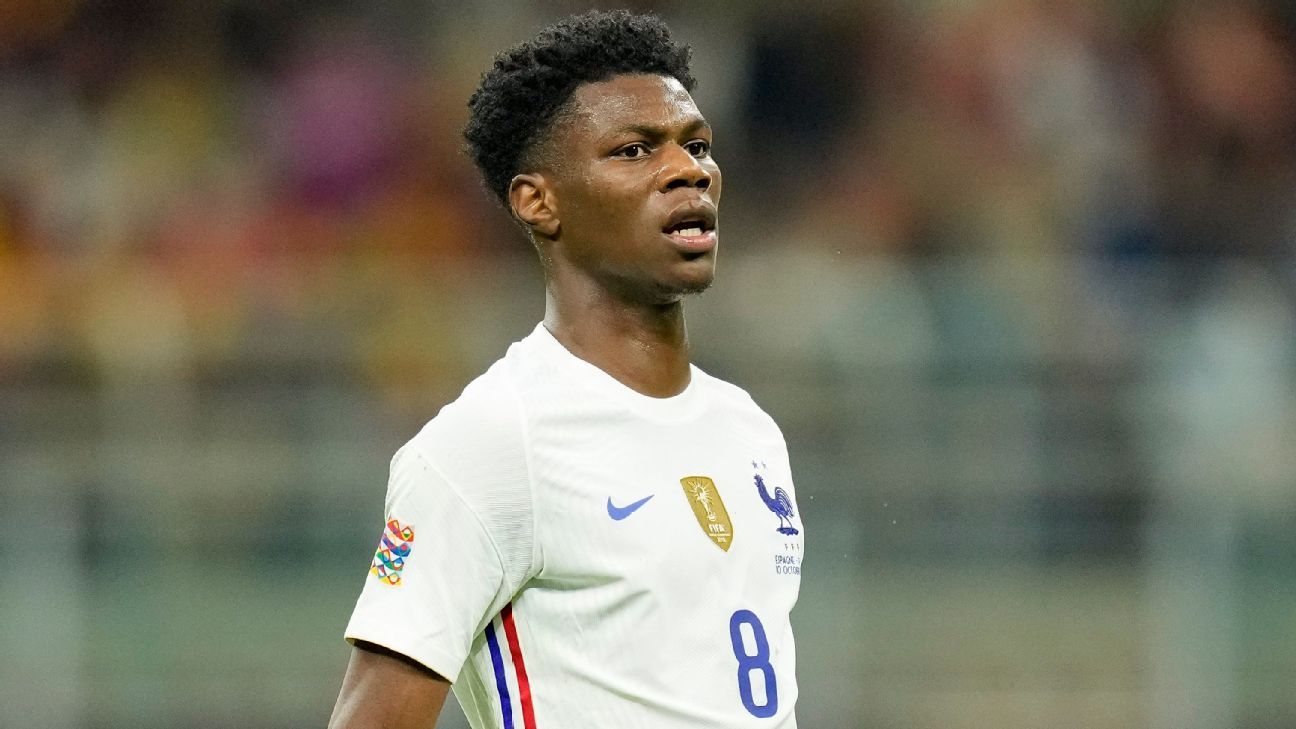 The summer transfer window was unlike any other; see all the major deals and check out how we graded the biggest signings. And just because the window is shut until January, that doesn’t mean the rumours won’t keep coming. Here is the latest gossip and speculation.

Tuttosport reports that Juventus have identified central midfield and striker as the two positions they need to strengthen, and they have drawn up a list of players they plan to bring in.

The man who has been linked most heavily is AS Monaco’s Aurelien Tchouameni, the France international who has also gained interest from the likes of Chelsea, Liverpool, Manchester City and Real Madrid. Juventus were among the first to move for him and have already shown their hand, with Monaco wanting a transfer fee between €40 million and €45 million to sanction the 21-year-old’s departure.

Tchouameni, 21, started in France’s recent 2-1 UEFA Nations League final win over Spain at San Siro (stream the replay on ESPN+ in the U.S.) and has impressed in Ligue 1 for Monaco in recent seasons after the club paid Bordeaux €18m to sign him on a four-and-a-half year contract in January 2020.

They still have other options in case that move doesn’t come off, with interest in Borussia Dortmund’s Axel Witsel and Borussia Monchengladbach’s Denis Zakaria, both of whom have contracts that come to an end in the summer. The latter is also said to be a target of AS Roma. Another exciting alternative is Ajax Amsterdam‘s Ryan Gravenberch, who is one of the finalists for the 2021 Golden Boy award.

Juve reportedly will wait until the summer to move for a striker, with Fiorentina’s Dusan Vlahovic said to be the priority signing on a free transfer — unless a rival club comes in to sign the Serbia international during the January transfer window. With that possibility in mind, Juventus have started renegotiating with Atletico Madrid for the Alvaro Morata redemption option of €35m. The Spain international is on loan in Turin, but that deal is unlikely to be made permanent if Vlahovic comes in.

09.00 BST: Chelsea midfielder Ross Barkley could be given the chance to resurrect his career with a January move to Burnley, The Sun reports.

Barkley returned to Stamford Bridge in the summer after a loan spell at Aston Villa last season, but so far he has made just three appearances for new boss Thomas Tuchel, all as a late substitute.

The Sun reports that Burnley tried to sign the 27-year-old in the summer, but he preferred to stay and fight for his place at Chelsea.

However, if he does not see much more first-team football between now and January, the Clarets’ hopes of recruiting him to aid their relegation fight could be boosted.

– Aston Villa are hoping to sign Bologna left-back Aaron Hickey, according to the Sun, but the 19-year-old is in no rush to leave Italy. While the Scotsman is happy, Celtic and other Premier League clubs are also interested in the teenager, who has already managed to score twice in Serie A so far this season.

– Arsenal and Leicester City are both interested in signing Southampton winger Mohamed Elyounoussi, according to the Daily Record. The Norway international has started the season impressively for the Saints, having also scored a vital brace for Norway in their most recent World Cup qualifier. Interest in the 27-year-old is also encouraged by the fact he has just 18 months left on his contract, meaning there could be room for negotiation.

– Ole Gunnar Solskjaer has the full backing of those at Manchester United despite pressure from those outside the club, as has been reported by the Sun. The Red Devils have won just one of their past five matches in all competitions after an influx of big-name talent during the summer. This has led to questions being asked regarding the Norwegian player’s future, but bosses are said to be happy with the direction in which he is taking the club.